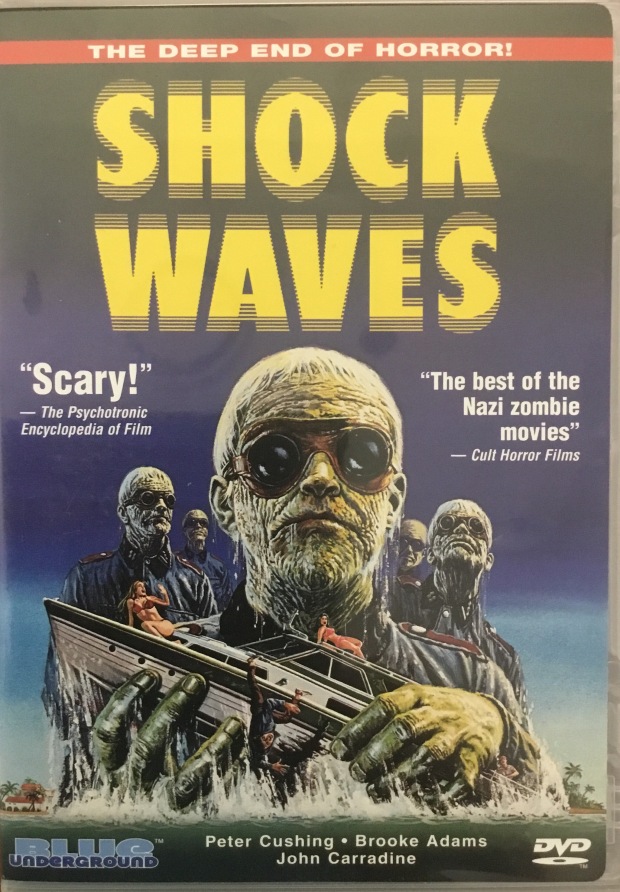 The cover to Blue Underground’s release of Shock Waves

Film: If you’ve watched any of my YouTube videos you may have come across one where I describe and display my favourite coloured vinyl soundtracks. Now, I have a fairly extensive vinyl collection and almost 1/3 of it is movie soundtracks, either traditional bombastic orchestral ones like Star Wars and Superman, or ‘pop’ music ones like Scott Pilgrim Vs The World and Straight Outta Compton, but a lot of them are synthesiser based, very Lo-fi ‘synth-wave’ styled scores which delicately and intimately build a tone in the film that may not be there normally if you were just to take the visuals into account.

Recently, I picked up an amazing copy of the score to the 1976 film Shock Waves, released by Waxwork Records who have produced some stunning soundtracks on vinyl… seriously, if you like records, check these guys out.

Richard Einhorn created the soundtrack to this film and it just sits perfectly with in the visual narrative, but what is that narrative? Well…

A young woman, Rose (Brooke Adams) is found floating in a rowboat, delirious and dehydrated and with a horrible tale to tell. 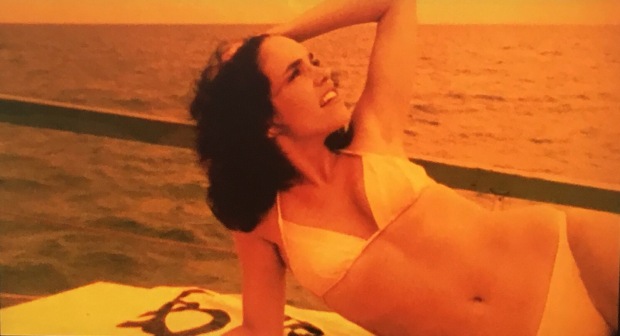 The tale tells of her and three other passengers on a boat trip when the boat, a troublesome vessel anyways, runs aground after almost colliding with another, abandoned boat. The next day, the two crew members get concerned due to the disappearance of the Captain, Ben Morris (John Carradine).

They get to shore of what appears to be a desert island, when very quickly they discover it has several inhabitants. One is a crazy old Nazi SS Commander (Peter Cushing) and the other is a group of NAZI ZOMBIES HELL-BENT ON THEIR DESTRUCTION.

Synth, Cushing, Carradine, Nazi zombies and Brooke Adams (who has been seen in several movies of this era, such as Invasion of the Body Snatchers and Murders in the Rue Morgue) makes for a pleasurable viewing experience. It’s not a perfect film, lord no, but it has enough going for it to make it a solid watch.

A special mention has to be made of the actually Nazi Zombies themselves. The actors are under some serious make up to make them look ‘zombified’ and the costumes are efficient looking Nazi ones, but the real talent comes from the underwater scenes with them in it. They don’t look like they are holding their breath, they don’t take a deep breath when they surface and there is a disturbing comfort they appear to have with just walking along the ocean floor. Really creepy.

It’s a traditional ‘unstoppable horror versus plain old humans’ but the addition of Cushing and Carradine gives it some horror cache, and it soundtrack makes it creepier than it probably is!

Format: This review was done with the AmericanBlue Underground release on DVD which runs for about 84 minutes and is presented in a below average and artefact filled 1.85:1 visual with a slightly above average 2.0 soundtrack. 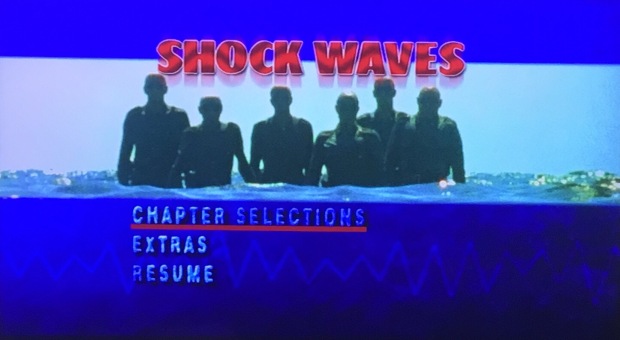 Extras: A nice selection of extras on this disc. From Flipper to Shock waves is an interview with Luke Halpin who plays Keith, one of the crew who acts as the ‘hero’ of the piece. He was also a member of the cast of the 60s Flipper TV show, hence the title!

We also have a bunch of promo material including the trailer, TV spot, two radio spots and 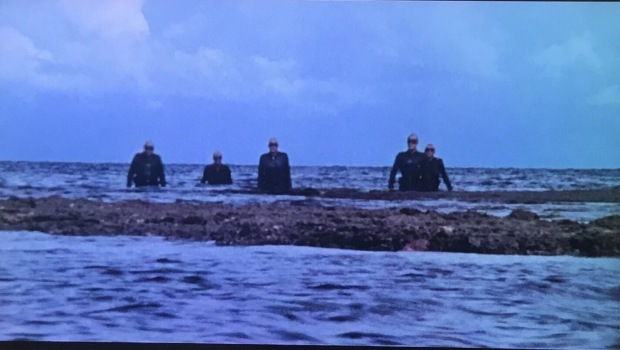 Nazi Zombies rise from the depths!