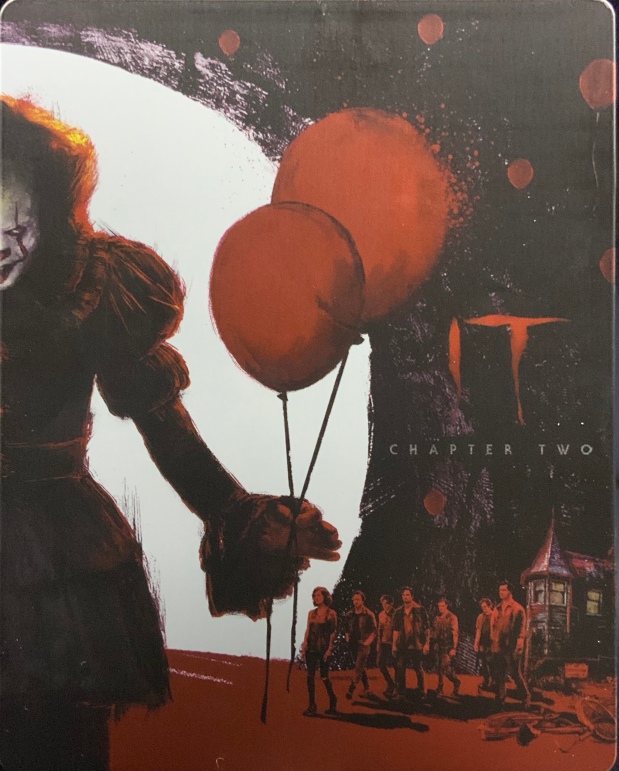 Film: I’ve never EVER been a fan of Stephen King’s books… now that’s not to say I don’t like his ideas, I’m just not a fan of the way he writes. I prefer Richard Laymon, Shaun Hutson and James Herbert for my horror books. Anyway, I’ve always been a fan of the adaptations of King’s books; I guess the summarising of one of his tomes makes his stories easier to swallow.

I did enjoy the first version of It (you know, the one with Tim Curry as Pennywise) and I admit I only watched it initially as a curio to see John-Boy Walton (Richard Thomas) in something other than The Waltons or Battle Beyond the Stars, and I found it to be a fun story.

I did attempt the book and gave up.

Anyway, I loved the first part of the ‘do-over’ of King’s novel. I thought it was well cast, and entertaining… did that echo into the sequel/ chapter 2?

Let’s get to the story first.

It’s 27 years after the events of the first film, and the Loser’s Club has long since disbanded, with all the members spread out, far away from each other, the memories of what happened that summer with Pennywise, the demonic clown (Bill Skarsgård) long faded… but not to one member.

Mike Hanlon (Isaiah Mustafa) has stayed in the town of Derry, remembering what happened, and when the evil starts creeping back into the town, he contacts all the Losers, Bev (Jessica Chastain), Bill (James McAvoy), Ben (Jay Ryan), Ritchie (Bill Hader), Eddie (James Ransone) and Stan (Andy Bean) and asks them to return and help him fight the threat of Pennywise again.

U fortunately for them, in the 27 years that Pennywise has been dormant, he dreamt of nothing bu them, and fortunately for him, Hanlon has accidentally delivered them to him and his evil shenanigans…

I was so excited for this film. Honestly, I can’t tell you how much, and that excitement grew the more I heard of the cast who we being employed: Chastain, McAvoy, Heder… I couldn’t believe the names that were being suggested. Well, I could: the first film had been such a success I’m sure any actor would have loved to have had their name attached to its sequel.

The cast are mostly fine, though one of the problems of the script is that the old friends quickly return to their young personas, and whilst I understand that the objective was to make the adult the evolutions of the child actors, what really happened was that they just emulated them. I’m not sure if the removal of the maturity of some of the characters was deliberate, but it was annoying, and having adults act like children didn’t sit well at all, especially the bickering between them.

The first film had, even with some of its over the top scenes like the leprous hobo, still somewhat of a subtlety to the nature of the scares that Pennywise provided. All the horror of the first film are thrown out the window and the horror and fear is forced upon you over and over to the point that it becomes boring. Again, if it was a script decision to increase those scares because the adults would be harder to frighten, it wasn’t telegraphed well enough. Much like Freddy Kruger in later Nightmare on Elm Street films, Pennywise and his ghouls and ghosts feels overexposed somewhat in this film.

If I’m going to be really picky, there is a cameo by Steven King which lasts far too long and the movie really slows down to play it out.

Overall, the highs of the first film were not present in this sequel, and this movie was mediocre at best, which is so surprising considering it was basically made by the exact same people. The irony here is that one of the characters, who is a writer, is constantly concerned that his stories don’t end well.

I have no doubt with the success of it the studio is already thinking of The Conjuring-styled prequels showing Pennywise haunting earlier times in a cash-grab: no doubt we shall eventually be subjected to Pennywise: Origin, but I hope not. 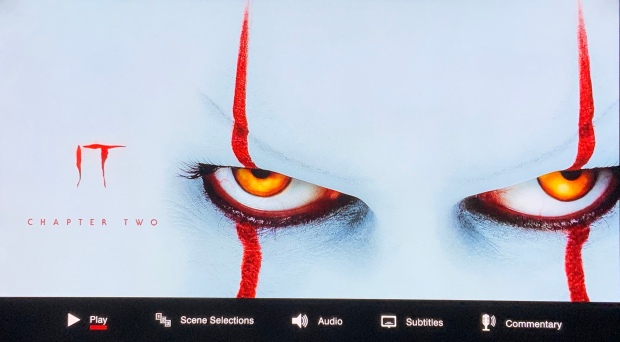 Format: This film was reviewed on the Australia release Bluray which is presented in an impeccable 2.39:1 image and a matching Dolby Atmos True-HD.

The Summers of IT Chapter One: You’ll Float Too looks at the casting of the kids and Pennywise, and the making of the first film.

The Summers of IT Chapter Two: IT Ends reflects the casting of the adults and the continuation of the portrayal of Pennywise.

Pennywise Lives Again looks deeper at Bill Skarsgård’s portrayal of Pennywise and discusses his thought son the success of the character.

This Meeting of the Losers’ Club Has Officially Begun looks at the meeting of the child actors and their adult counterparts.

Finding the Deadlights sees Stephen King talk about the nature of fear and then monster under the bed’.

Some of the interview footage is repeated from one extra to another which is somewhat disappointing. I’m constantly surprised that these extras are made into these stupid ten minute bites instead of a decent 40 minute documentary.

WISIA: Pennywise and I are done, I’m afraid. Divorce proceedings to follow quickly.