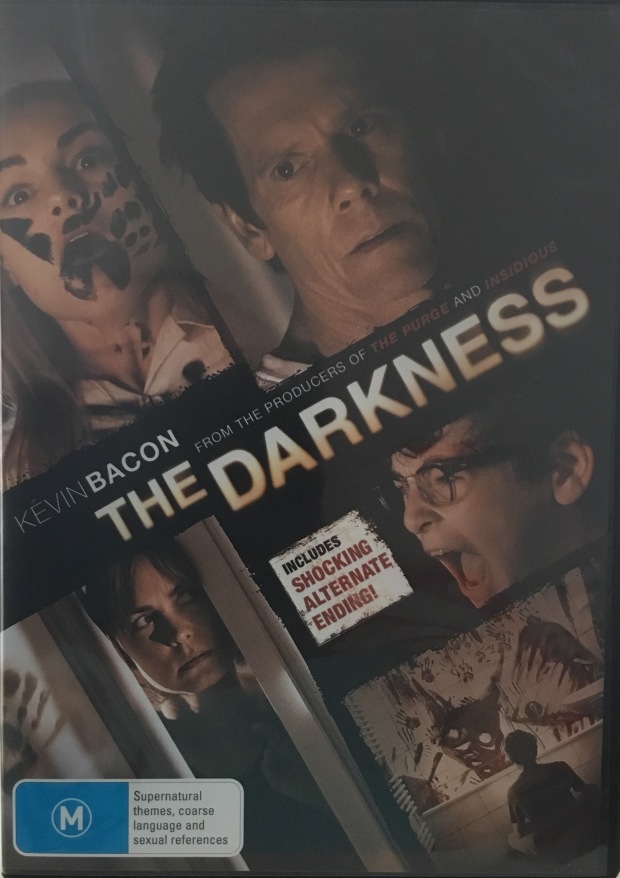 Film: I like bacon on everything: burgers, pizzas, sandwiches, and even films. In general I can say I like films that have Kevin Bacon in them as he has quite a presence.

I’m not quite sure if he’s a fine actor, but sometimes he just nails parts that are handed to him, and I’ll site Flatliners, Cop Car and Death Sentence amongst those that really made me sit up and take notice… and I reckon I’ll include The Darkness in one where a fairly generic story is raised by Bacon’s performance, and for that matter so-stars Radha Mitchell, David Mazouz and Lucy Fry.

Lucy Fry is also known for her appearance in the TV series of Wolf Creek, which was created by Greg McClean, as is this film, which he directed and co-wrote with the writers of the fantastic Australian film Acolytes, Shayne Armstrong and Shane Krause.

The Taylor family, father Peter (Bacon), mother Bronny (Mitchell), and children Stephanie (Fry) and Michael (Mazouz) have been on a camping trip with some friends, and young autistic Michael has discovered some pebbles with runes on them inside a cave where a strange Native American village once stood.

Michael’s communication issues cause him to not tell the rest of the family about his stones, and he becomes, all of the sudden, very possessive of the backback he keeps them in.

The family starts having problems, and weird things start happening around the house as whatever it is that Michael has brought into the house starts to eat into their fear and escalate their failings. Michael in particular starts acting strange, and then the weird occurrences start taking place… and then all hell breaks loose.

Peter’s boss, Simon (Paul Reiser) suggests they get in touch with a psychic his wife knows to see if they can alleviate the situation… but will they provoke it instead?

For me this was a well acted, well cast, well directed film but the story suffers from being so generic, as far as the ‘haunting’ aspect goes. The familial issues are right out of a decent drama film and are probably the best part of the script especial with the delicate subjects of autism, bulimia, alcoholism and adultery, but all the ghost story stuff reads like a megamix, best-of, greatest hits album of ghost movies, and the lack of originality makes the story suffer, which is a shame as all the other, previously mentioned stuff is quite good.

With a better, more original story this had the potential of being some great, rather than something sub-average. Shame. 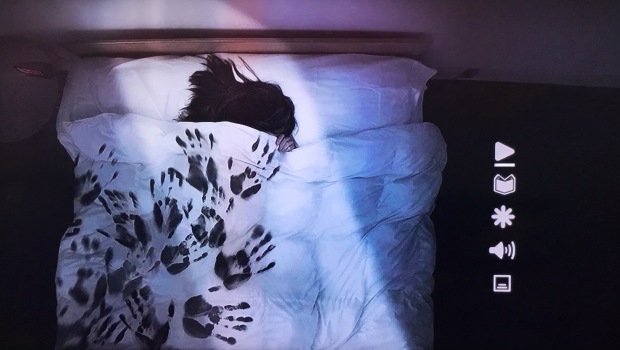 Format: The reviewed copy of this film was an Australian region 2, 4 and 5 DVD which has a flawless 2.40:1 image and a matching Dolby Digital 5.1 audio. The film runs for approximately 88 minutes.

Extras: There is an alternate ending which runs for about 9 minutes and honestly is the far better, ‘shocking’ ending. Also we have 9 deleted scenes which whilst don’t move the story forward, do flesh out the characters and their various issues.

WISIA: I’m not really a ghost story type so I can’t really see myself watching it again.