Film: Every now and again, big budget Hollywood make an attempt at trying something new at the movies, and they will find a team of actors who are a mix of up-and-coming A-listers, and stars from years ago to deliver a movie that is inoffensive and never… NEVER… will be referred to as a horror movie. It happens so frequently even Fangoria once had a section called ‘It’s Not A Horror Movie’ so these films could be celebrated.

In this case, the attempt was made using Hackers director, Iain Softley from a script by Ehren Kruger, who adapted the J-horror film Ring to an English version, and more recently, wrote the Ghost in the Shell movie. The stars picked from the ‘little bit old’ column were John Hurt and Gina Rowland, and from the new, Kate Hudson and Peter Sarsgaard.

The Skeleton Key takes place in New Orleans and tells of a hospice nurse, Caroline (Hudson) who answers a wanted ad placed by a lawyer, Luke Marshall (Sarsgaard) on behalf of one of his clients, Violet Devereux (Rowlands) to nurse her husband Ben (Hurt) whose health is failing after he has had a severe stroke in the attic of their mansion.

Violet is protective of her crippled husband, as one would suspect, but the longer Caroline stays in the house, the more she thinks that there is MUCH more going on and that perhaps the house contains a secret… a ghostly secret… with its origins steeped in Hoodoo…

This is an interesting film in that it takes itself seriously even though the story is preposterous, and that’s what makes it work. The four leads perform their roles with a great deal of conviction, especially Kate Hudson, which is saying something when you consider she’s mostly known for being the femme foil for lunkheads played by Matthew McConaughey in totally moronic romantic comedies. In this, she is sensitive and as her character evolves, she changes her style of acting. She has an amazing gear shift during the film too and does it convincingly.

John Hurt needs some recognition too considering he does most of his acting as a semi-comatose stroke victim, but what he can do with a wide eye and a stretch of the neck speaks volumes of fear. Amazing.

I really like this film, even though it isn’t really ‘proper’ horror it still resonates and as I said, it’s wholly due to the convincing performances. 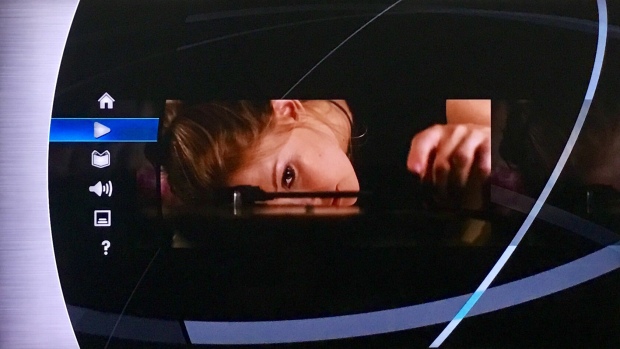 Format: This multi-region Bluray copy of The Skeleton Key runs for about 100 minutes, and is presented in a clean and clear 2.35:1 image with a perfect DTS-HD Master Audio 5.1 soundtrack.

Extras: Speaking of skeletons, there is no extras on this disc. That’s a great disappointment too as the DVD release from 11 years ago was packed full of extras!

WISIA: I saw it first in 2005 and haven’t watched it since, so I guess any impact it may have left in zero for me not to bother with it again. That’s not to say it’s bad, there is just stuff I’d rather watch.