Week Ending 6th January 2017
Happy New Year, everyone, from the TWP and from the Nerds of Oz. Sales were continuing this week, so a bit of crap was grabbed!
Comics 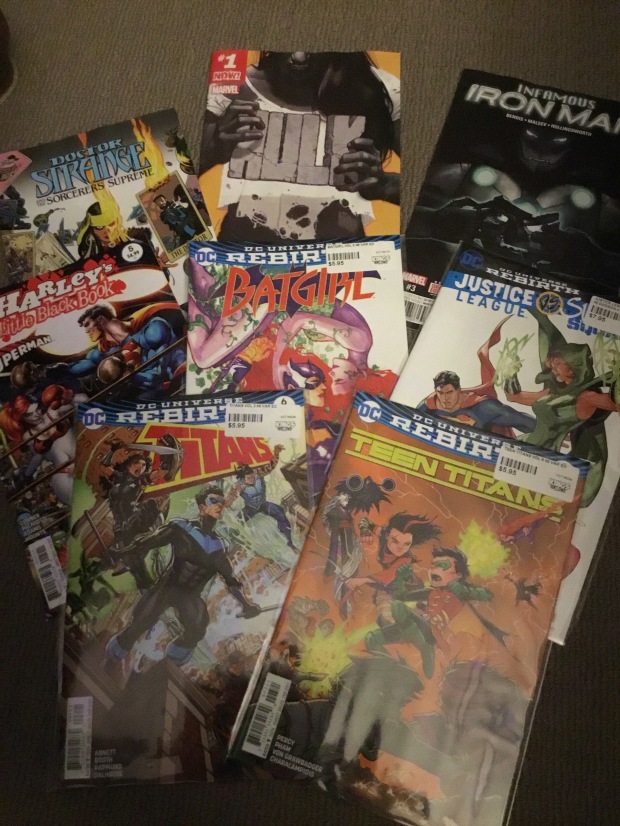 Only managed to read a couple before this post, so only a few gets proper commentaries.

Justice League VS Suicide Squad #2 from DC Comics. I had to grab this variant cover one as I love Terry Dodson’s work, maybe as it’s slightly derivative of Adam Hughes’.

READ! Doctor Strange and the Sorcerers Supreme #3 from Marvel Comics. Writer Robbie Thompson and artist Javier Rodriguez have sculpted an amazing story here where the Sorcerers Supreme through time are banded together to fight one evil. It’s a pretty cool tale focusing on a Native American character who is possessed by the Spirit of Vengeance from Ghost Rider.

READ! Hulk #1 from Marvel Comics. Wow! Occasionally a comic comes along that changes your perspective about comics, and this is one of those. Jennifer Walters, aka She-Hulk, has discovered that her cousin Bruce, the Incredible Hulk has been killed by a friend, Hawkeye during the second superhero civil war, a war that left her in a coma. She’s better now, but having trouble adjusting to being a regular person again, and resisting ‘Hulking out’. This is a story about loss and trauma, and making an attempt to restart your life, even though you are no longer the same person. Incredible storytelling, and subtle art.

Grabbed an Australian DVD called ‘Red Billabong’ which looks bloody awful, but it’s Australian, so I thought I’d give it a go. Actually, I was wrong, it’s pretty good but has some ordinary CGI.

On bluray I grabbed the Australian release of The Hallow, based on a trailer I saw on the All Through The House Bluray. From Shameless Screen Entertainment I grabbed The Church and The Sect, and from Arrow Video I scored Hell Comes to Frogtown and The Guyver. Don’t Breathe was from last week, but cheekily made its way into this pic! 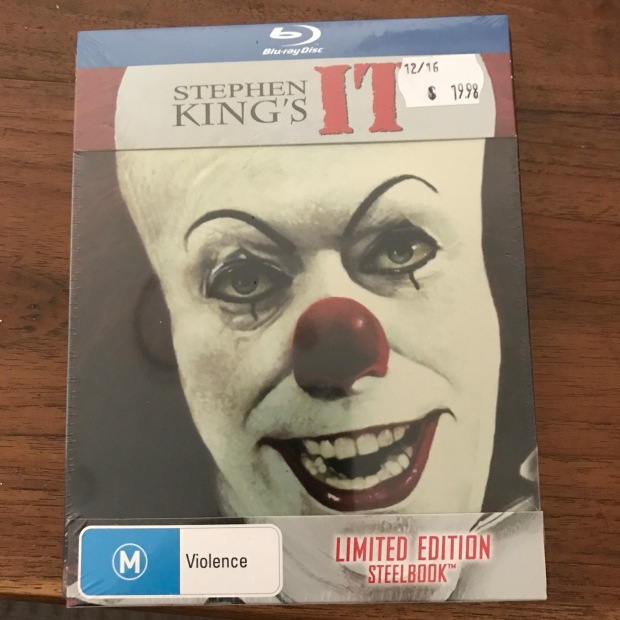 At the last minute, I also grabbed a steelbook of Stephen King’s IT!
Books 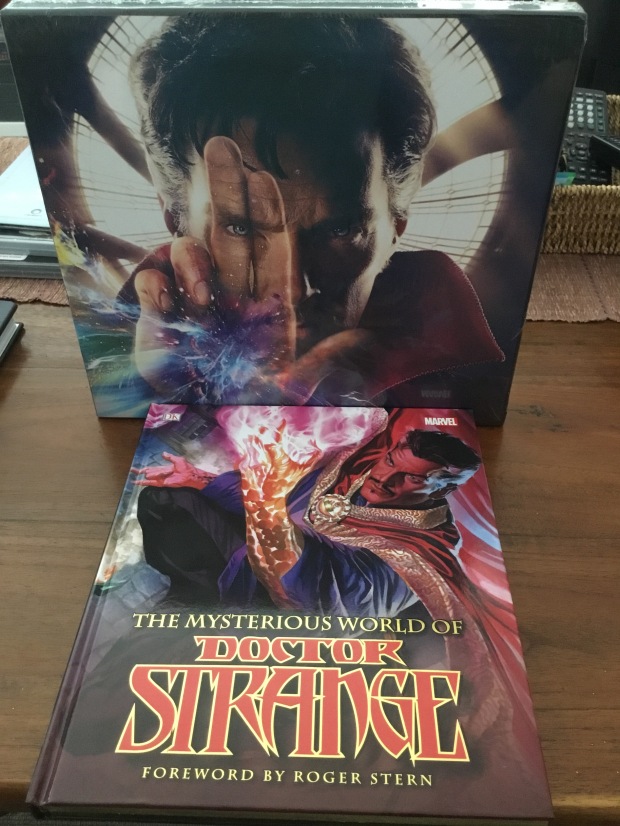 A ‘Strange’ week this week! See what I did there? I grabbed the Art of the Doctor Strange movie book, and one of the D&K encyclopaedias of Dr Strange! 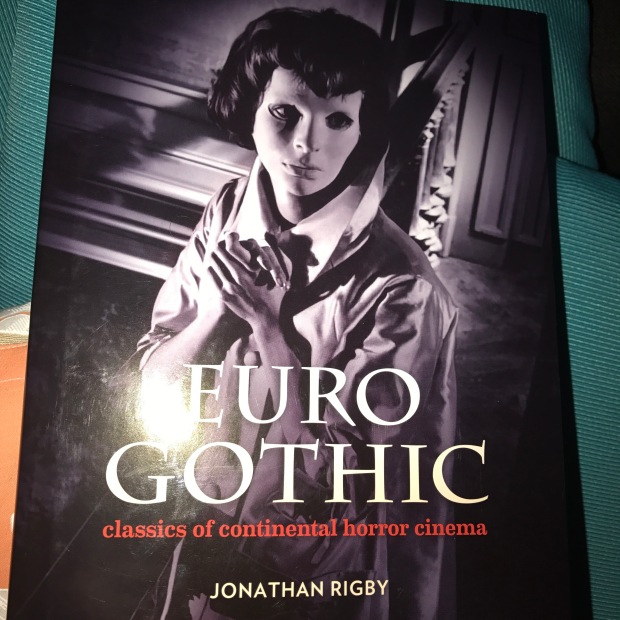 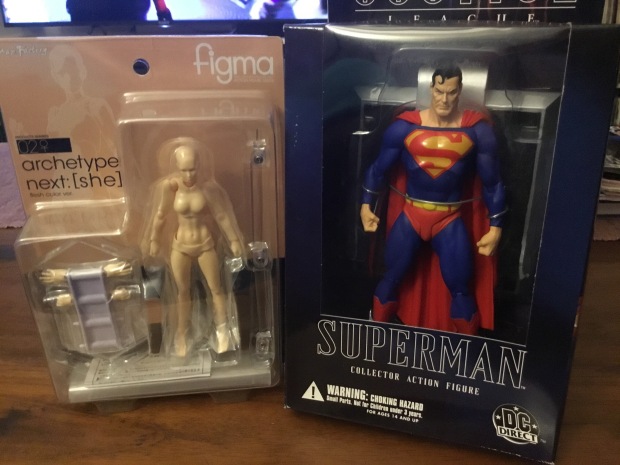 Many years ago a had a full set of the Justice action figures until my Superman and Brainiac figures suffered from a little water damage, and now I have at least been able to replace the Superman one! I also have a Justice Society Superman one which has suffered the same fate, and I spend my days searching.

This other is a Figma Archetype Next: [she] which I intend on using as a model for drawing. I have been thinking of doing a comic again, and thought this would be a good idea to use as a model for it… and it’s cool! 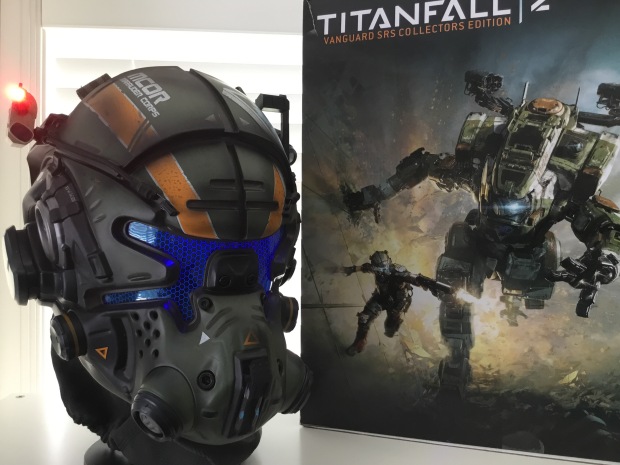 I grabbed Titanfall 2 when it first came out, but didn’t want to make the investment of $400 odd bucks to grab this helmet… thankfully, the Boxing Day sales continued and this, helmet only, not the game and other stuff, I managed to grab for $65. I’m as happy as I could be, this thing is awesome, and goes nicely with my Assassin’s Creed Hidden Knife and my Gears of War gun!