One from the rewatch pile… 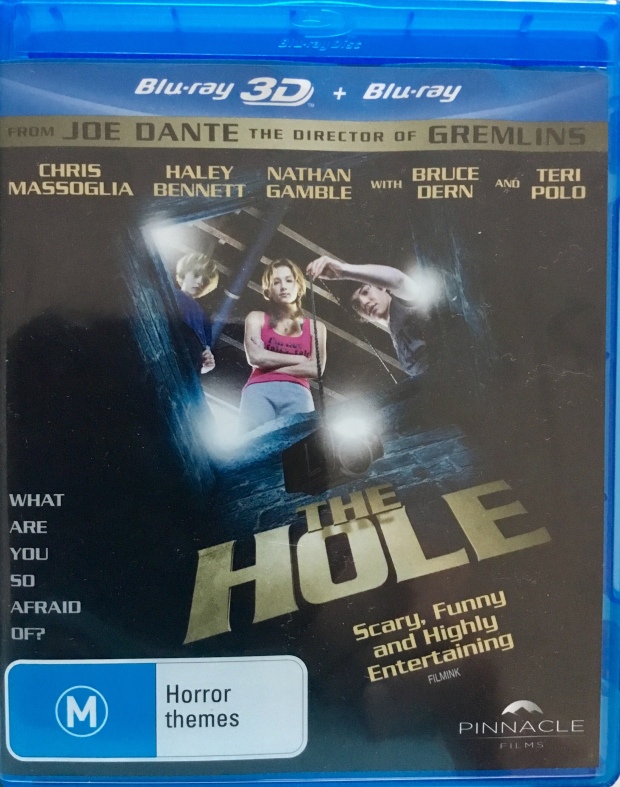 The cover to the Australian release of The Hole (2009)

Film: This is one of those times where I felt like rewatching as it’s like comfort food. First, it’s directed by Joe Dante, responsible for 80s classics like The Howling, Gremlins and Innerspace, and the awesome late 90s kids flick Small Soldiers and written by Mark L. smith who wrote the Vacancy films and The Revenant.

The Hole tells of single mum, Susan (Teri Polo) who has moved to a small town and away from big city life with her sons, Dane (Chris Massoglia) and the younger Lucas (Nathan Gamble) and into a house which, as these sorts of movies alway do, is far to big for her ever to be able to afford.

Our hero, Dane (Chris Massoglia) tries to open his hole.

This house has a weird secret in the basement though: a seemingly bottomless hole that cute next door neighbour Julie (Haley Bennett) suggests may have been dug by previous tenant Creepy Carl (Bruce Dern), but very quickly our young trio discover than maybe, just maybe the Hole has deeper secrets…

…supernatural secrets… secrets that drove Creepy Carl out of the house and into a state weird he fears the stones and what it hides. Will the kids survive the contents of this bottomless pit? 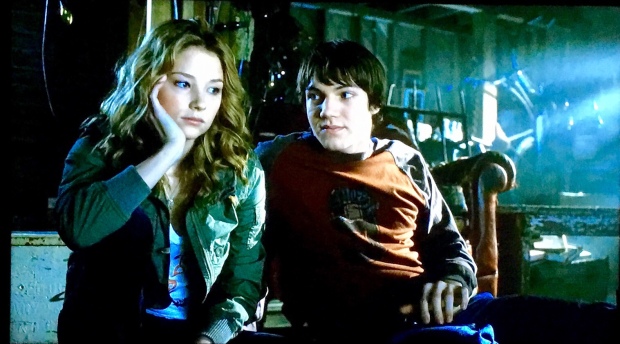 Dane and Julie (Haley Bennett) discuss the dangers of their open hole.

This film really is classic Joe Dante with the small town being attacked by ‘something’ and as usual, he hires a charming cast of good guys and an oddball bunch of weirdos. Special mention has to go not just to the casting of Kate Hudson lookalike, Haley Bennett, but to see Bruce Dern in a film again was a heap of fun, and you can throw in a bit of legend Dick Miller as a pizza boy for a great trifecta.

The unfortunate thing about this film is it’s SO damned generic. Every new boy in town moves into a cute, available girl and has an annoying/ embarrassing younger brother/ quirky aunt/ mental grandfather and there is something weird in the basement/ next door/ at the pier. I will say this film succeeds with its extremely likeable cast, and there are some genuinely creepy moments, but there is not much new being brought to the table to allow it to stand out. It just seems to be a classic trope of ‘kids’ horror movies… those gateway movies for young horror fans…that is wearing out its welcome.

Honestly that trope was the only thing I didn’t like about the Jack Black Goosebumps film. I just think audiences may have evolved beyond that point.

Anyway, all in all it’s not a hateful bad film, it’s a nicely shot slice of average with a loveable cast from a reliable director.

The menu to the Australian release of The Hole (2009)

Format: This film is presented on the disc as both a 3D or a 2D movie, but only the 2D was reviewed as I don’t have the capacity for a 3D viewing at home. The film looks and sound great with a 1.78:1 aspect ratio and DTS-HD 5.1 Dolby digital sound, and runs for approximately 92 minutes, which is about the average attention span of an early teen horror fan.

Extras: The disc opens with trailers for Aftershock, Uninhabited, Larry Crowne and Cane Toads The Conquest, which can also be accessed separately in the extras menu.

In addition to those spectacular trailers though, we also have:

Gateway To Hell: The Making of the Hole which is, well, the making of the the film, The Hole, featuring a whole bunch of interviews with various cats and crew members.

A Peek Inside The Hole looks at the special effects of the film.

Family Matters looks at the relationships between the lead actors and their characters.

The Third Dimension looks at the process of making a 3D film.

The Keeper of the Hole looks at a Bruce Dern’s Creepy Carl character.

Like a lot of extras, all of these featurettes could have been cut together nicely and made a decent 40 minute to an hour ‘making of’ styled thing, rather than a bunch of what feels like worthless little ‘bits’ but I guess more is better, right?

WISIA: The Hole is a cute kids film, but really doesn’t hold up like some of Dante’s other films. I wouldn’t probably watch it again. 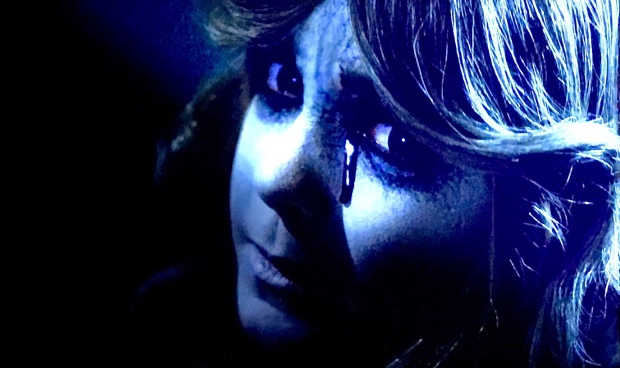 This strange ghostly girl crawled out of Dane’s hole.