Film: The works of Italian director Dario Argento feature prominently in my top ten horror flicks, because with Tenebrae, Suspira and Phenomena he really appeals to my internal, and occasionally external horror nerd. His ability to make violence look like a beautiful choreographed dance has always amazed me, though in his more recent films, he seems to have lost it.

Jennifer Corvino (Jennifer Connelly) is a young girl who starts at a Swiss boarding school in a town where several murders have taken place. The investigators have employed a local Entomologist Professor, John McGregor (Donald Pleasance), who is assisting them with his knowledge of the time of death on the victims using the lifespan of the various bugs that consume rotting flesh. Jennifer, as it turns out, is quite special and has the uncanny ability to communicate with insects, and this gift may be able to help the investigation move forward. Her power though puts the investigation closer to the murderer, and puts her at great peril.

As the synopsis would suggest, Phenomena falls among Argento’s supernatural work, like Suspiria or Inferno but with elements of his giallo, like Tenebrae or Sleepless.

In this picture, Argento has created a bizarre world with quite possibly the most unusual plot within his output, which features bugs, serial killers, a chimp and a mutant just for good measure. The locations and camerawork are wonderful to watch. The treatment that Arrow have given the film really shows just how beautiful the camerawork is as the presentation is crisp and pure. There are some stunning tracking shots, and the opening exterior shot (you know the film, of the girl missing the bus) is just perfect. That’s not to say the interiors are inferior, as they too, look magnificent. When Argento gets to stage a scene how he wants to see it, he really is at his best. 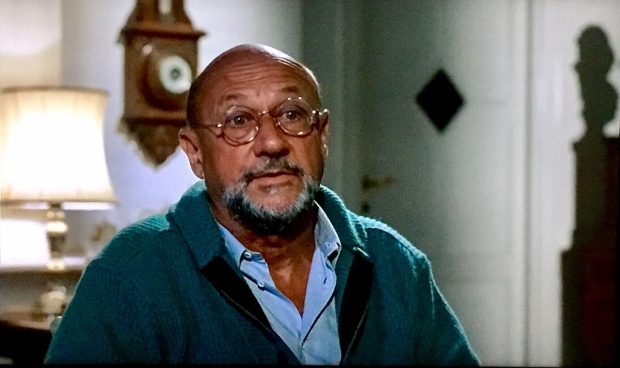 The cinematography is typically excellent Argento, but what is a surprise is the quality of the performances he gets from the actors, which has occasionally been his downfall. The acting in Phenomena is mostly of a particularly high standard, with Connelly, Pleasance and regular player Daria Niccolodi being the stand-outs. Actually, Connelly needs to be commended in particular as Argento really puts her through her paces as an actress and as a performer, with some physical work that most actors would flatly refuse.

The soundtrack is another high point. Goblin are on top of their game with this film, and the addition of other artists makes for a great audio experience.

Phenomena is a brilliant piece of, not just Italian cinema, but of cinema in general, and I simply can’t recommend it enough. Not having this in your collection is a crime worthy of having your head pushed through a glass window.

Format: The film is presented in 1.66:1 and is nothing short of spectacular: sharper than a film reviewers wit! Occasionally the image does lose some of its clarity, but I assume that is due to this most complete film getting some of its material from varied sources. The audio on this disc is in LPCM 2.0 and is as fine as it could ever get, I believe. The actual film content changes from English to Italian or German and back but it remains clear throughout, and is appropriately subtitled when the language changes. The music track is a must for fans of soundtracks too, with music from Bill Wyman, Motorhead and Iron Maiden… not to mention Goblin, on it.

This Arrow BD release of Phenomena is something of a revelation to me, as I had previously only seen it as the disastrous edit Creepers or the somewhat visually lacklustre Umbrella DVD release. There is no doubt this version both looks and sounds the business.

Extras: There are some great extras for Argento enthusiasts on this disc courtesy of High Rising Productions. Typically they are all interesting and I reckon even the most stalwart of fan will come away with something new

Dario Argento’s Monkey Business: The Making of Phenomena is a retrospective look at the making of the film with Argento, actress Daria Argento, visual effects Luigi Cozzi, cameraman Gianlorenzo Battaglia and special effects Sergio Stivaletti. Most of this is is subtitled Italian.

Creepers and Creatures: Sergio Stivaletti Live Q&A Sessions is a Q&A hosted by High Rising Productions Calem Waddell with the Italian special effects master. The sound is somewhat muddy but some of the harder to hear comments are subtitled.

This BD edition from Arrow also has a double sided poster of the film, and a booklet with a piece by Alan Jones in it… I imagine it is not 2GB’s Alan Jones though. Also, as with many of Arrow’s BD release, this film comes with four different covers for the cardboard slipcase.

I must admit to wishing the filmclip Valley by Bill Wyman and Terry Taylor was included, like on the aforementioned Umbrella release, but you can’t have everything.

WISIA: Being one of my favourite horror films, it gets rewatched regularly and I love it! You will too! As I stated earlier, this film is a standard in my top ten favourite films, and this release is the best I have seen. A horror fan’s must have! 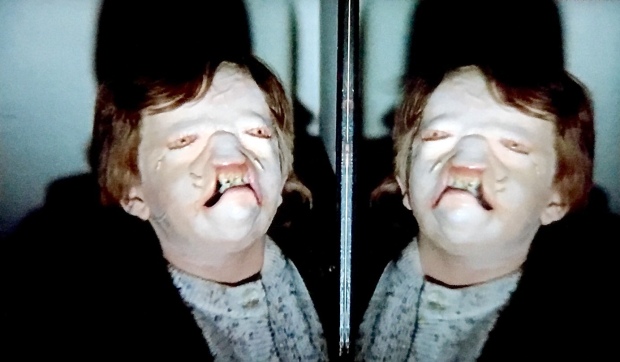