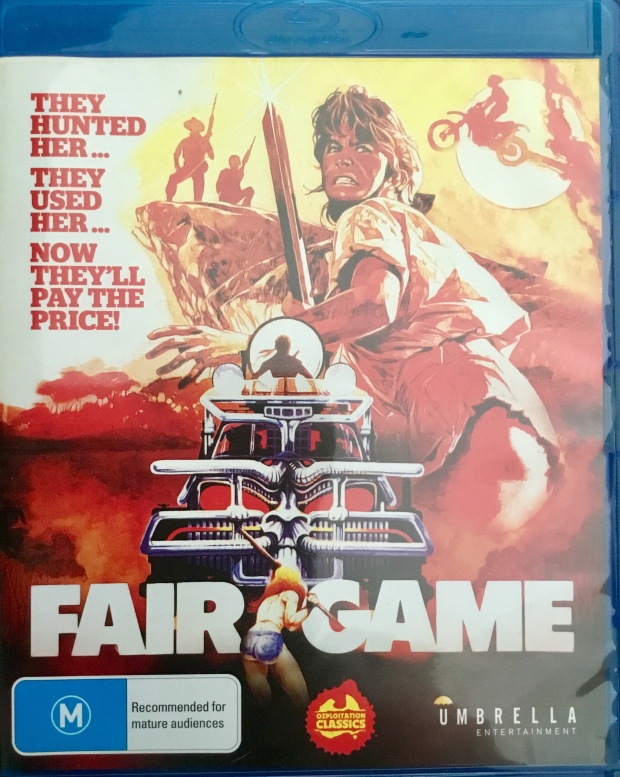 Film: After I saw Mark Hartley’s amazing documentary Not Quite Hollywood, I became obsessed with the period of Australian cinema it covered. Not only because it showed me some films I’d never seen before, but it also reminded me of a whole lot of stuff I’d seen on VHS and forgotten.

… and so the copious amount of shopping, both local and tragically international… I mean what a shame one can’t get all the Australian movies here in Australia!!!

To date, of the ones I want to own, the only one that continues to elude me is Lady Stay Dead! 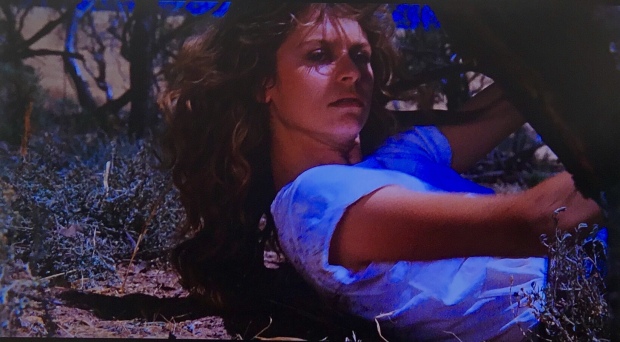 Of all these film that I hadn’t seen before the one I absolutely fell in love with was this film, Fair Game, so back then I searched out the DVD release and thankfully, Australian company Umbrella Entertainment have now released a pretty amazing Bluray of the film.

Fair Game tells the story of Jessica (Cassandra Delaney), the caretaker of a remote wildlife reserve who comes into contact with some pretty dodgy out back versions of good old boys: Sunny (Peter Ford), Ringo (David Sanford) and Sparks (Garry Who). Whilst the boys think they are merely playing with Jessica, Jessica doesn’t see the funny side of their taunts (which include breaking into her house a photographing her whilst she is asleep… definitely crossing a line) and very soon things escalate out of control.

Unfortunately for Jessica, she is very much alone: her phone has stopped working and her car has broken down… could these three miscreants eventually resort to murder… or even worse?

It really doesn’t get more Australian than this film. The red glow of the Australian outback is just as much of a star of this film as the actors involved. Those very actors are pretty amazing at the jobs too. In no way is this a serious film, it is a caricature of a serious rape/ revenge film like I Spit On Your Grave and the actors all play their parts like the cartoonish archetypes that they represent: helpless woman, smarmy badguy, rat-faced henchman and tunny, dumbo second henchman.

The real star of the film though is the car. It’s a cross between a Ford F100, a vehicle from Mad Max and a Tyrannosaurus Rex. It’s a beast and plus a big part in the threatening nature of the film. 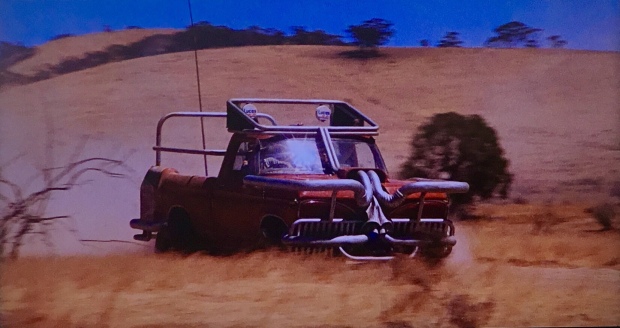 It’s a cracker of an Australian film, and everyone should really give it a fair suck of the sav !

Format: This film was reviewed with the Umbrella Entertainment multi-region Bluray which is presented in a clear 1.85:1 image with a matching 2.0 DTS-HD audio track.

Extras: Heaps of awesome extras on this disc:

Extended Interview with Cassandra Delaney from Not Quite Hollywood is, what the title would suggest, a 15 minute interview taken from Mark Hartley’s amazing doco about the Australian Ozploitation films called Not Quite Hollywood.

On Location with Fair Game is about three minutes of behind the scenes footage of the scenes surrounding the destruction of the house with The Beast.

Behind the Scenes with Dean Bennett is about an hour of behind the scenes material.

There is a bunch of promotional stuff like a theatrical trailer and an image gallery.

Storyboards shows a pretty cool series of storyboards for the film, shown as a slideshow with the score over the top.

Mario Andreacchio Short Films is obviously a series of short films by Andreacchio which honestly, I could make it all the way through. They do definitely explore the Australian youth experience though.

WISIA: It’s not the greatest film ever made, but it’s so over the top you’ll definitely watch it more than once. 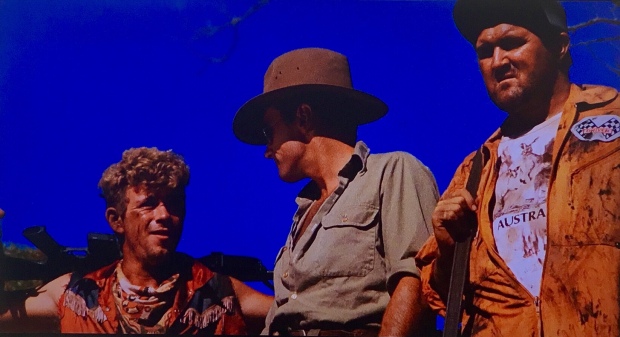