So it seems that the big thing at the moment is doing your top whatevers for the year 2017. I already did my top 9 liked pics for Instagram and that made me think of what were my favourite purchases of the last 12 months… so here we go… and these are in no particular order.

First, I show off two 1/4 scale statues that I grabbed. The first is The Major from Ghost in the Shell. It’s an amazing piece from Weta Workshop and the packaging even came with an explanation of how the actual sculpt was done. I also grabbed the matching Geisha statue (not pictured). 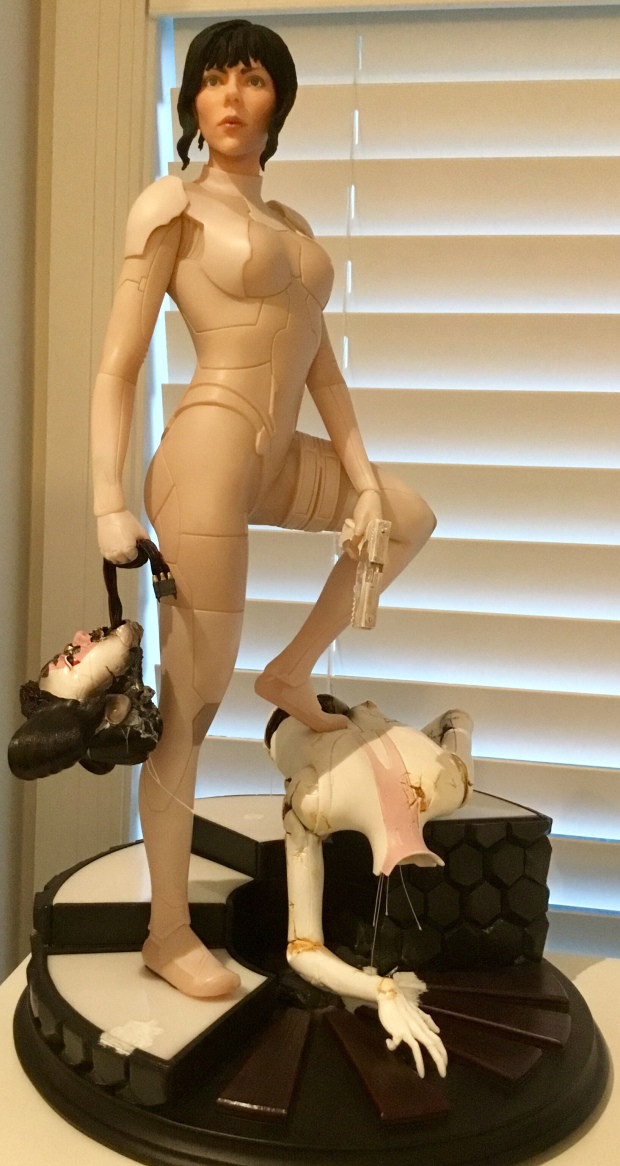 The next 1/4 scale is one of my favourite character from DC Comics, and it’s now just due to the obvious attributes. My favourite Marvel character is She-Hulk and I find the joy of superheroing that she displays is well and truely present in the character of Power Girl. They did some pretty funny comics with her and Harley Quinn this year, and I happened upon this amazing statue and had to grab it. Sure it came out a few years ago, but I totally am in love with it.

Next is this amazing record collection which celebrates the 50 odd years that Doctor Who has been on TV. It has every title score and a mixture of incidental music and is a real cracker. Not one you can listen to all in one go, due to it have the same song recorded over and over, but it’s interesting to hear how the synthesiser has changed over the years.

Many years ago I used to work in the city of Sydney and my trip to work was about 90 minutes there and back every day, and I used to read a hell of a lot of horror novels… it was during this time I found my love of Shaun Hutson, Richard Laymon and James Herbert… and this book, Paperbacks from Hell, celebrates the garish cover art of those books.

Lastly, it’s this gem: the Nintendo Switch. What an amazing games machine… it just needs more titles as I’ll only be able to play Splatoon 2 for so long before I get bored. It’s a cracker of a system though, and even though I’d rather play something on the Xbox One or the PS4, The portability of this makes it a massive winner.

So that’s it, my favourite stuff that was added to my collection of stuff this year! What did you grab that really stood out in your collection?