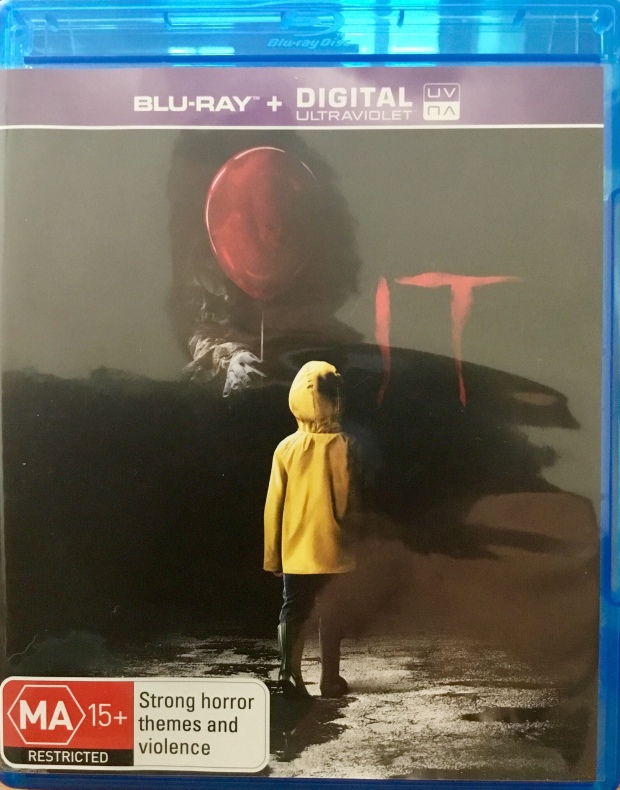 Film: I missed this one in the cinemas, but I work in an environment that celebrates pop culture, and so all of my customers and workmates… and family for that matter… we’re banging on about this reimagining/ retelling of the famous Stephen King novel: I literally couldn’t get away from It! For one particular company it was their best seller for several weeks and all the collectors of the pop culture community were going absolutely ape for anything with Pennywise the Clown!

For those who don’t know, It is based on the book of the same name by Stephen King and was originally produced in 1990 as a two part TV mini-series, directed by Halloween III’s Tommy Lee Wallace, and has been repurposed… I hate saying a film is a remake when it’s just from the same source material…. for a new audience, with a new split of the story into the two time periods (the book and previous mini-series tells of the adult and child versions of each character), and an update in the time period when it was set. I assume when it was made in the 80s, the 50s seemed as far away as what the 80s do to a younger audience today.

This film was directed by Mama’s Andy Muschietti and his style in this film is almost an 80s pastiche but still firmly has modern effects and aesthetic: it’s actually really clever and engaging, and never boring to watch.

It tells of a scourge on the small town of Derry. Every 27 years a spate of misfortunes occur, and we start our tale with the disappearance of Bill Denbrough’s (Jaeden Lieberher) young brother Georgie (Jackson Robert Scott). Bill’s group of friend, the Losers’ Club (Fin Wolfhard, Jack Dylan Grazer and Wyatt Oleff) with their newest members (Sophia Lillis, Chosen Jacobs and Jeremy Ray Taylor), decide to do some investigating and discover a horrible clown shaped creature known as Pennywise (Bill Saargård) has been feasting on the citizens of the town for many years.

We the threat to them becomes greater, the kids decide to fight back, but will all of them survive….

There is a lot of good to say about this film: mostly the acting is really good, especially from Lillis, but the one drawback is Wolfhard, who is clearly here to draw on his Stranger Things popularity. It’s stands to reason that of the Losers’ Club that she would be the best as she is a little older than the boys. The real winner is Skargård as Pennywise, who nails the bad guy character perfectly.

On that, clearly the studio is trying to make a franchise, and I reckon after the next film, which will obviously continue the story of the kids but as adults, we might see a continuation ‘stories inspired by Stephen King’s It’ styled thing. I don’t mind that idea at all, I could watch more adventures of Pennywise in a Freddy Kruger styled franchise (which they kind of announce in a cinema marquee which clearly states ‘Nightmare on Elm Street 5).

If I have to be a super picky reviewer, I’d say that the CGI of the paper boat in the opening scene was a little flat but that improved massively through the course of the film and some of it was absolutely amazing.

Part original It, part Goonies but all horror, I came into this with low expectations mainly because of the amount of mainstream movie watchers who loved it, but I was pleasantly surprised and look forward to both watching it again and the inevitable sequel. It’s easily one of the best mainstream horror films to be released in the past ten years. 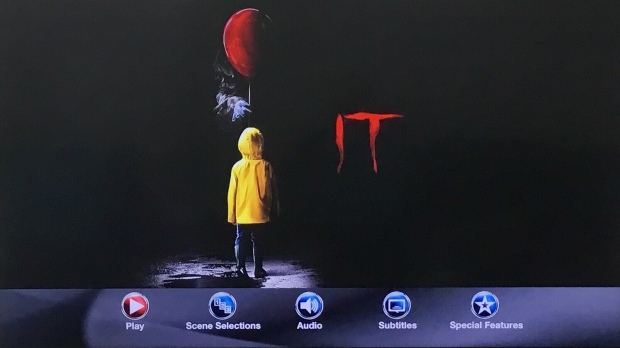 Format: The reviewed copy of It was the Australian release Bluray which runs for approximately 134 minutes and is a perfect 2.40:1 image and DTS-HD Master Audio 5.1 track.

Extras: Some pretty cool extras on this disc:

Pennywise Lives! looks at the first day that the young cast get to meet Bill Skarsgård in his Pennywise costume, and then explore the character.

The Losers’ Club explores the relationship that developed between the cast members of The Losers’ Club in the film, and how that made the film more complete with their friendship feeling more genuine.

Author of Fear is, of course, a look at Stephen King’s original novel through the eyes of King himself in a quite fascinating interview.

There is also a bunch of deleted scenes (and a gag scene) which aren’t necessary but a nice addition to the package. I’ve no doubt we’ll get a director’s cut of this film closer to the release of the sequel.