Film: Of course, everyone knows of the Cornetto trilogy, and the Romero Trilogy, but my favourite loosely themed, syncopated trilogy is writer/ director Stuart Gordon’s Lovecraft trilogy… and whilst you might easily think to yourself, ‘ oh that’s easy, it’s Reanimator, Bride of Reanimator and Beyond Reanimator’, but you’d be wrong as two of those suckers are actually directed by Brian Yuzna.

So what is Gordon’s Lovecraft trilogy, you ask? Well, it isn’t officially known the Lovecraft Trilogy, even though it should be. It could also be called the Combs/ Crampton Trilogy, as they play, in each film, a couple of people with a strained relationship… anyway I digress. This ‘Gordon Trilogy consists of the aforementioned Reanimator, but then goes to From Beyond, and then to this, Castle Freak, which was loosely based on Lovecraft short story The Outsider.

(As an aside, he also did the Masters of Horror episode Dreams in the Witch-House and another film Dagon, both based on Lovecraft’s work, but these three particularly have the common actor thread through them, so I don’t necessarily count these, even though they are Ok in their own right)

This film tells of the Reilly family, who are a family in crisis. Susan (Barbara Crampton) can’t forgive her husband John (Herbert Combs) for a car accident he had whilst drunk which killed their son, JJ, and blinded their daughter Rebecca (Jessica Dollarhide).

Things seems to be getting better for the Reilly’s though, as John has inherited a castle in Italy from a deceased relative who was a duchess.

The castle has a horrible secret though as many years ago the duchess claimed to have had a son with an American soldier during the war who left when the son was born horribly malformed. The duchess claimed the boy had died to the townspeople though, and actually kept the boy locked in a dungeon… but now he is loose.

Will the Reilly’s survive his wrath?

Of the three films I mentioned in this trilogy, this is certainly the lesser of them mainly due to the fact it is missing the dark sense of humour that Reanimator and From Beyond have, and honestly, it’s not as sexy either.

The film does tell a great story and Gordon’s direction is solid, but casting Combs and Crampton as an estranged couple works until you think of them as a couple, which doesn’t. These two have great antagonistic chemistry but not as a romantic couple. Even in From Beyond the relationship was a more physical and based in passion rather than a romantic relationship.

The story has a few weird anomalies too. The castle John has inherited is echoey and even John says that to another character yet when the mutant son of the duchess screams in agony, no-one seems to hear it. It’s not a deal-breaker but it’s a stupid horror trope that Gordon is normally above.

One surprisingly wonderful thing about this film is how it really feels like a classic European gothic horror film, with the tragedy, the environment, the backstory and a climactic battle straight out of a Frankenstein movie!

Of the three films it is certainly the lesser, but it still tells an emotional story, with a great big mutant freak thrown in. Not great but it’s better than a lot of 90s dreck.

Format: The reviewed copy of this film was the UK, 88 Films multiregion Bluray copy of the film which runs for approximately 95 minutes and presented in a perfectly ok 1.85:1 image and a 5.1 audio track, though there does seem to be a fair bit of barely noticeable artefact damage on the film.

Extras: There is a decent bunch of extras on this disc:

Castle Speak with Stuart Gordon sees Gordon look back on the creation of the film.

Next is the trailer for the film.

The Making of Castle Freak is one of Full Moon’s Videozone makings-of styled things which features some behind the scenes stuff and interviews with the cast.

The Evil Clergyman (a previously unreleased short film also based on Lovecraft’s writings taken from an anthology called Pulse Pounders) which is a half hour horror short reuniting Combs, Crampton and another Reanimator Star, David Gale. I guess this makes my Trilogy a quadrology, or whatever 4 of something is called, well except it’s directed by Charlie Band. It stars David Warner as well, which is pretty cool.

The Premiere of The Evil Clergyman Featurette sees a bunch of horror fans at a cinema watching the premiere of the film.

Trancers 1.5 Preview looks at a re-release of Trancers with some footage restored to the print.

The Pit and the Pendulum trailer.

There is also a booklet by Calum Waddell which features interviews with Gordon and producer Charlie Band from Full Moon Studios.

WISIA: I like Stuart Gordon’s films and even though this isn’t a priority of his to rewatch, I would, and have, watched it multiple times. 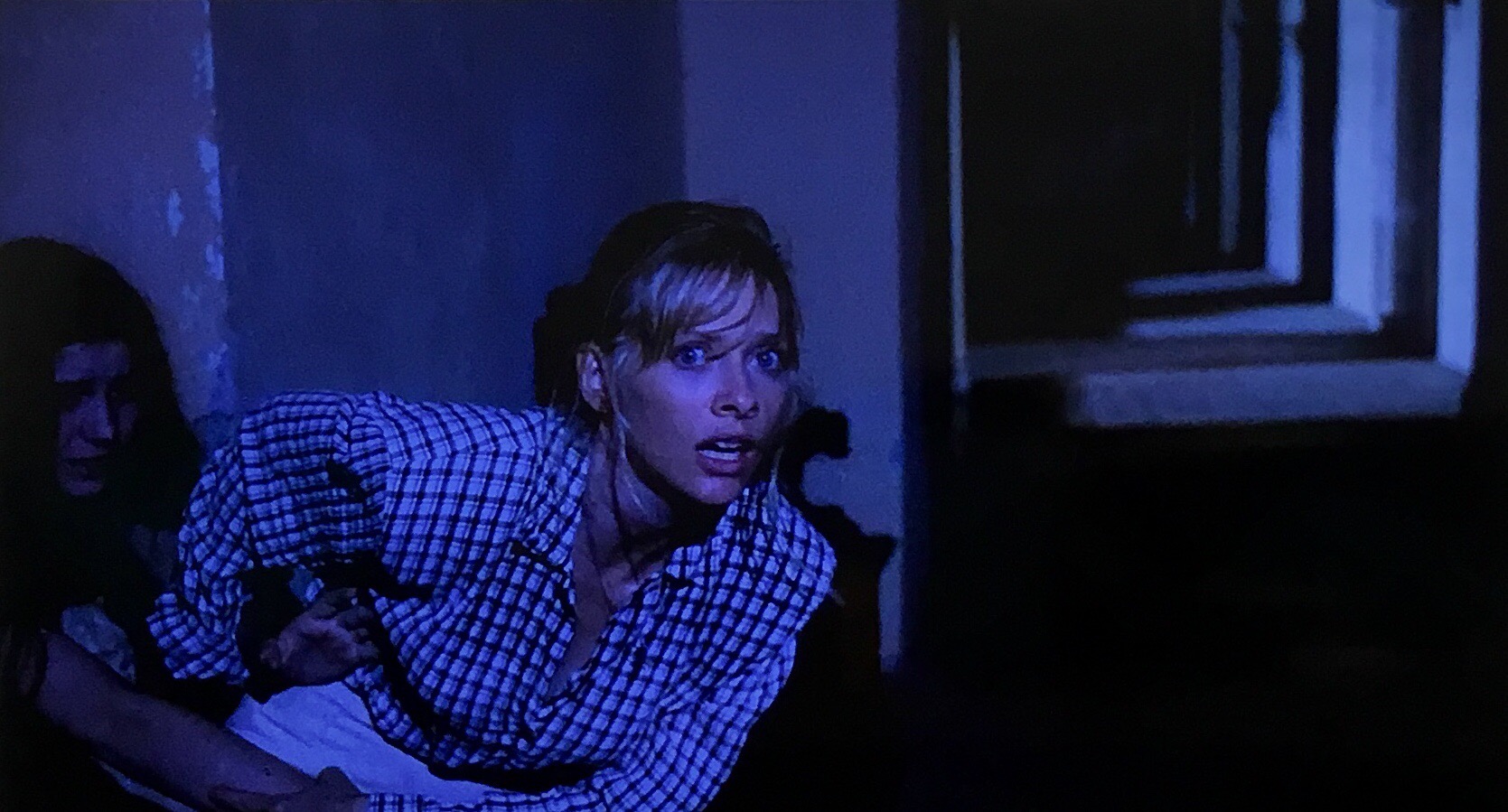