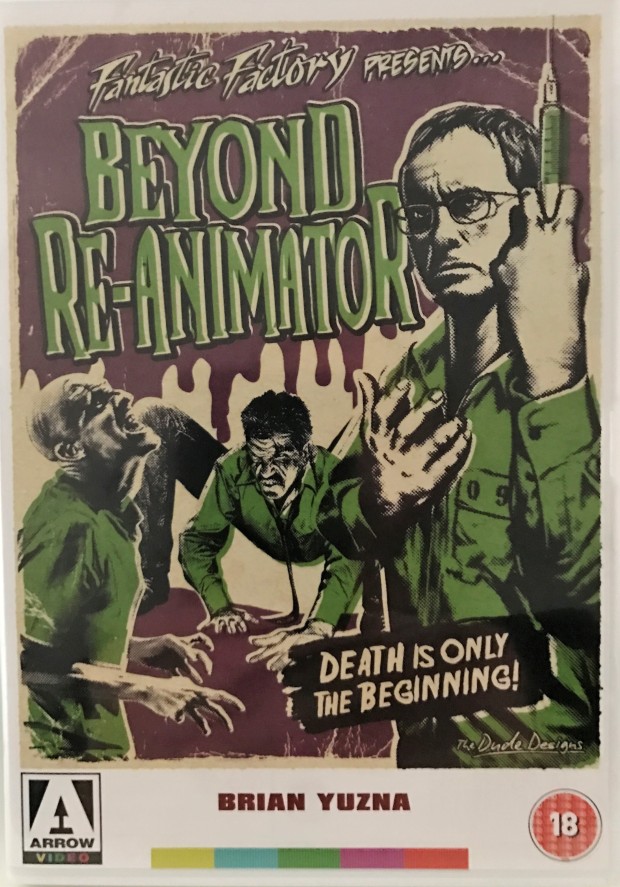 I loved it from the first moment I saw it and it turned me on to the work of Lovecraft, and the gorgeous Barbara Crampton, and I really enjoyed the combination of zombie flick, mad scientist movie and actual drama about people’s lives.

At this time in my life I loved sequels too, but always prayed that they would never make more Re-animator films as it really felt like a cool complete movie, but Yuzna knew he was on a good thing so we have been treated to two sequels: Bride of Re-animator and this, Beyond Re-animator.

Beyond Re-animator find Herbert West (Jeffrey Combs) interred in a cruel prison when a young doctor, Howard Phillips (Jason Barry) takes up residency in the infirmary. 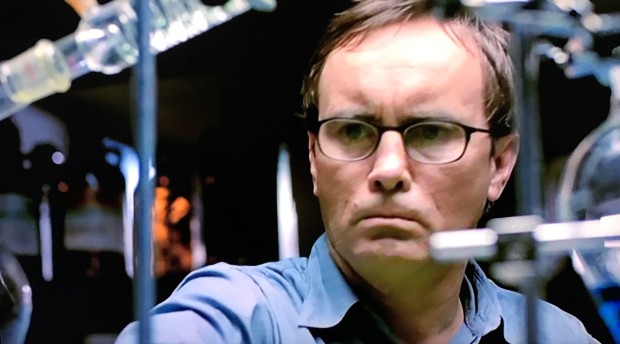 Dr Phillips didn’t accidently end up there though, he deliberately sought out the place where West was imprisoned so he could have some questions answered about the death of his sister, at the hands of one of West’s reanimated subjects.

Of course, answers of this kind are easily found, and Phillips finds himself under the oppressive hand of an unpleasant prison warden (Simon Andreu) and an increasing amount of re-animated bodies, and that jail is not the best place to be trapped with them.

This was one of Yuzna’s Spanish created Fantastic Factory jobs, a company he was attempting to build into the new ‘Hammer’ in the late eighties and early 90s. A couple of good films came out of that, including the adaptation of the David Quinn/ Tim Vigil comic Faust and I don’t mind this so much either, even though it is pretty dumb at times.

Of course the highlight of this is Jeffrey Combs’ performance of Herbert West. He is the look down the nose, superiority complex king of mad scientists, for certain. The writing of his character lacks some of the charm of the first two outings, particularly the first, but it’s there, simmering under some below average scripting.

Unfortunately the co-stars suffer from a language barrio which makes their performances not bad, but certainly not quite ‘on point’. Don’t get me wrong, the prison characters are perfectly nuts, the warden deliciously evil and the love interest a feast for the eyes, but occasionally what they say just sits wrong. 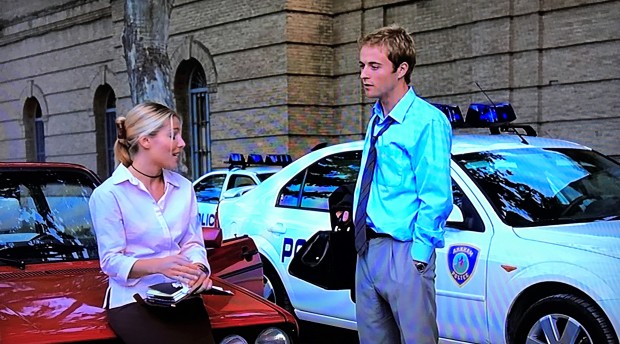 The effects in the film are provided in part by Screaming Mad George so you know you are in for somewhat of  a treat with some of the effects.

All in all is a fun watch, but its just not great, and honestly waters down the character of Herbert West. Having said that, would I watch another one if one were made? Of course I would. 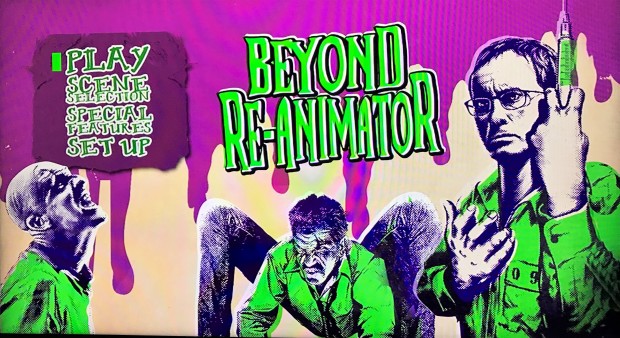 Disc: The reviewed copy of this film is the U.K.  Arrow Films DVD release, which runs for approximately 92 minutes and is present in a decent 1.78:1 anamorphic image with a matching 2.0 audio.

Extras: There are three extras on this DVD:

The Director’s Commentary with Brian Yuzna sees Yuzna himself talk about the film and its creation and is a fairly complete document of the film.

All in the Head: Brian Yuzna and the Re-animator Chronicles  is an interview with Brian Yuzna about his career both with and without Herbert West. It goes for about an hour and is pretty complete.

There is also a trailer for the film.

The packaging is pretty cool though: there is an awesome The Dude Designs reversible cover (with the original poster on the other side) and a poster of the TDD cover as well. Calum Waddell has also leant his journalistic skills to a booklet which discusses the world of Lovecraft. 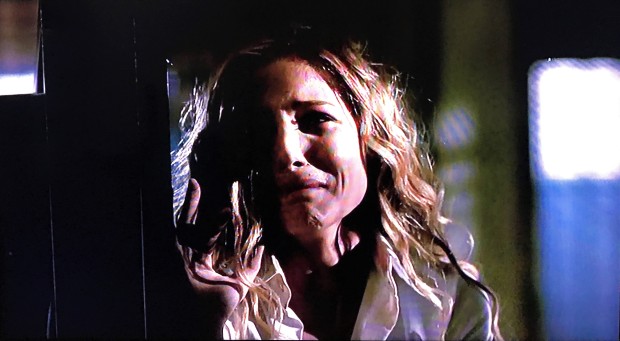