Film: Yeah. You read that right. Zombeavers. The film that takes all the very best from Zombies, and adds it to beavers.

Our story begins as Eight Legged Freaks and Return of the Living Dead 2 did, and probably hundreds of other horror films, with a truck accidentally dropping chemical/ medical waste into a river, which unfortunately changes a few members of the local wildlife into undead killing machines… ok, it’s beavers.

It’s where the film gets it’s clever title from.

Unfortunately for sorority sisters Mary (Rachel Melvin), Zoe (Courtney Palm) and Jenn (Lexi Atkins), the mutated zombie-beavers take up residence in the lake just outside of her cousin’s house where they have decided to take a weekend sabbatical, without their boyfriends.

Of course, their obnoxious boyfriends Sam (Hutch Dano), Tommy (Jake Weary) and Buck (Peter Gilroy) turn up and their sabbatical turns into a weekend of sex and odious behaviour… sounds awesome!

Very soon, the Zombeavers descend upon the group and no one is safe from the teeth that bite and claws that slash… who will survive the night, and will the virus the Zombeavers spread kill them all?

Who cares? They are all douchebags!

Zombeavers is the only film to date to be directed by Jordan Rubin, who is normally a comedy writer and has worked with people like Conan O’Brian and on TV shows like Never Mind The Buzzcocks, Crank Yankers and The Man Show. It was also written by Rubin along with Al and Jon Kaplan.

It starts with an awesome Scooby Doo styled beginning, is full of some preposterously bad CGI and some real silly practical effects, is full of lame gags and has scenes lifted out of films like Creepshow 2, Black Sheep and the Scary Movie series, and yet still somehow entertained. Not due to fine performances or exquisite wit, but just for the sheer stupidity of the concept and execution.

Make sure you still around for the end credits and the Frank Sinatra styled, crooning Zombeavers song: it’s now been stuck in my head for 2 hours! 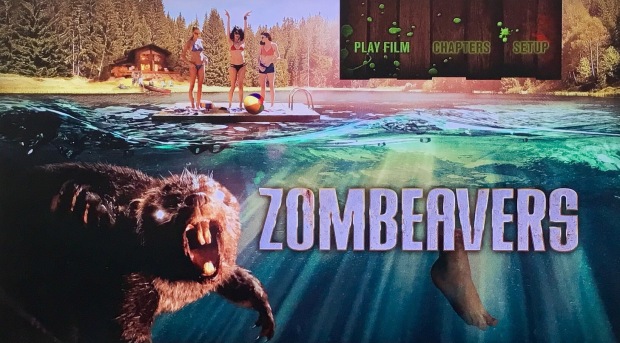 Format: Thankfully, Zombeavers only runs for 77 minutes and is presented, on this Australian region B bluray release, in a good 1.78:1 image with an excellent Dolby Digital 5.1 audio.

Extras: Nothing, not a sausage.

WISIA: It’s so stupid, and yet with a weird funny charm to it… I hate to admit it, but I may actually watch this again. 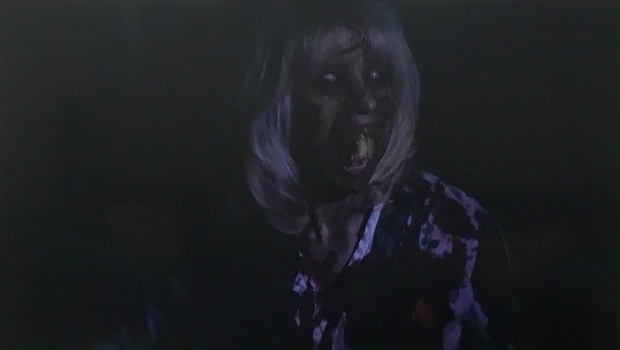