To celebrate the summer solstice, here’s an oldie from the re watch pile…
Piranha (1978) 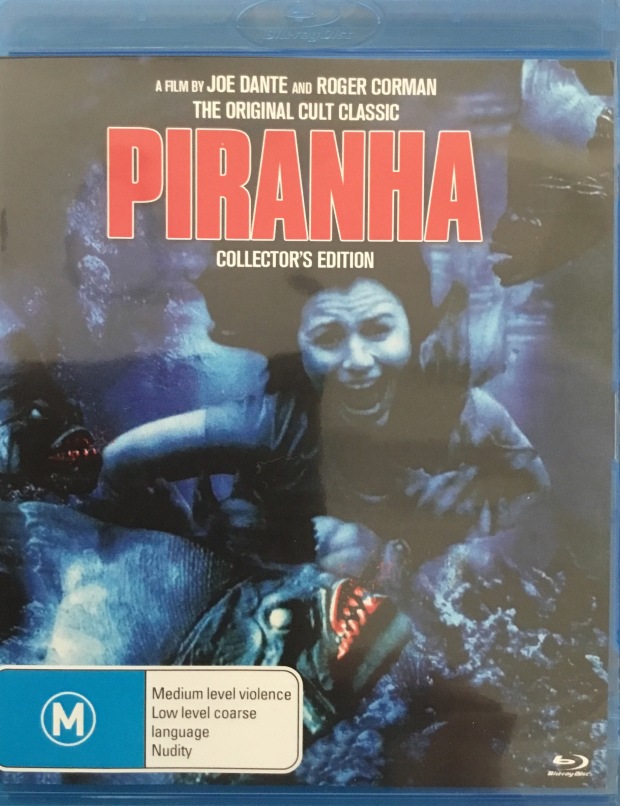 Film: In Australia, nothing says summer like a swim in at the beach or a dip in a river in one of our many national parks, and just as Jaws makes everyone stay out of the surf, Piranha is sure to dull anyone’s inclination to enjoy the river ways.

Piranha is a film that is probably just as well known as it’s ‘older brother’ Jaws, it’s written by The Spiderwyck Chronicles screenplay writer John Sayles, from a story devised by him and Kingdom of the Spiders Richard Robinson. The film was directed by Joe Dante, who also gave us the wonderful Gremlins, and The Hole.

Piranha tells of Maggie McKeown (Heather Menzies), a private investigator who enlists the help of mountain man, Paul Grogan (Bradford Dillman) to find two missing hikers. They find the hiker’s devoured bodies at the bottom of a swimming pool that they empty, but what they don’t realise is, they have delivered into the local river, where a Summer Camp and a Resort lie, a school of deadly killer fish. Scientist and creator of the creatures, Dr Hoek (Kevin McCarthy) informs them of their deadly faux par!

How can they stop them and is the appearance of the military and mysterious Dr. Mengers (Barbara Steele) going to benefit to hinder their efforts? 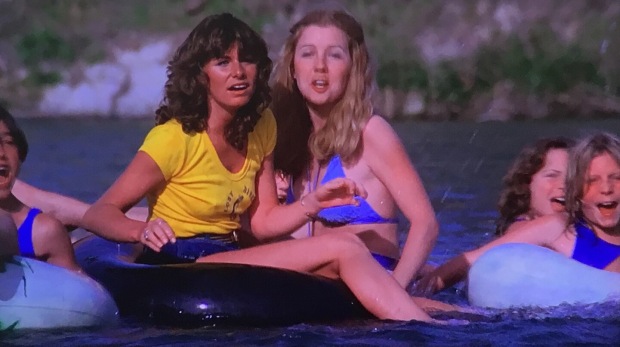 This film is pretty much 70s horror/ exploitation/ Corman distilled into the perfect package. It exploits Jaws by its very existence and playing on the fear of the water it gave us a few years earlier, and it does so with bravado: look out for the video game of Jaws, and a copy of Moby Dick in various scenes as well as other references. Throwing in fan favourites Steele, McCarthy and Dick Miller and Paul Bartel doesn’t hurt the proceedings either!

It does play very cleverly on that fear of the unknown in the muddiness and darkness of the water and there is enough levity to make it fun as well as horrifying. A favourite of mine as well as a damn good Corman film! 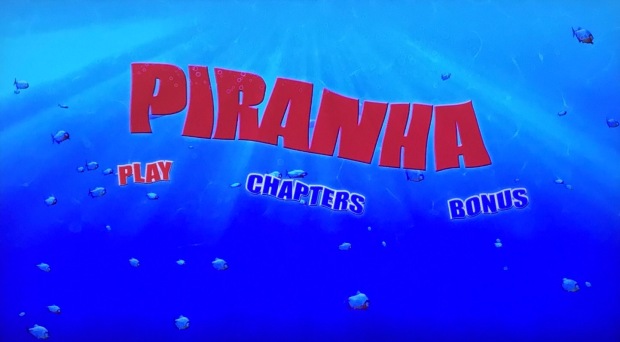 Format: The review copy of this film is the Australian multi-region bluray release which runs for approximately 92 minutes, and is a pretty good anamorphic widescreen presentation, with a clear 2.0 stereo audio.

Extras: There’s a cool bunch of extras on this disc.

There’s a commentary starring director Joe Dante and producer Jon Davidson, both of whom give a cool commentary on the film. It is interesting and thorough, and so informative!

Behind the scenes footage has some pretty cool ‘home movies’ of what went on on the set of the film.

The Making of Piranha is a 20 minute doco about the film with reflection on it from Roger Corman, Joe Dante, and various other cast and crew.

Bloopers and Out takes are just what they sound like. Really it feels like more behind the scenes stuff but it is occasionally funny.

Additional scenes from the Tv version is exactly what it is called. There is a pretty cool bit with Dick Millar and Paul Bartel, where Bartel manages to squeeze in a nose-pick joke: well played!

There is some radio spots, Tv ad and trailers for the film, and a poster and stills gallery is a bunch of international promotional material.

Phil Tippet’s Behind the Scenes photo collection which is about 50 pretty cool behind the scenes shots of the various effects used in the film, including sculpts and the internal mechanics of the fish.

WISIA: It’s a 70s horror classic and I watch it quite regularly. 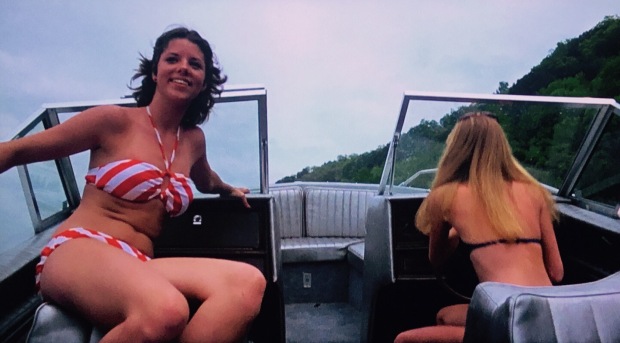 Piranha: the 70s at its finest