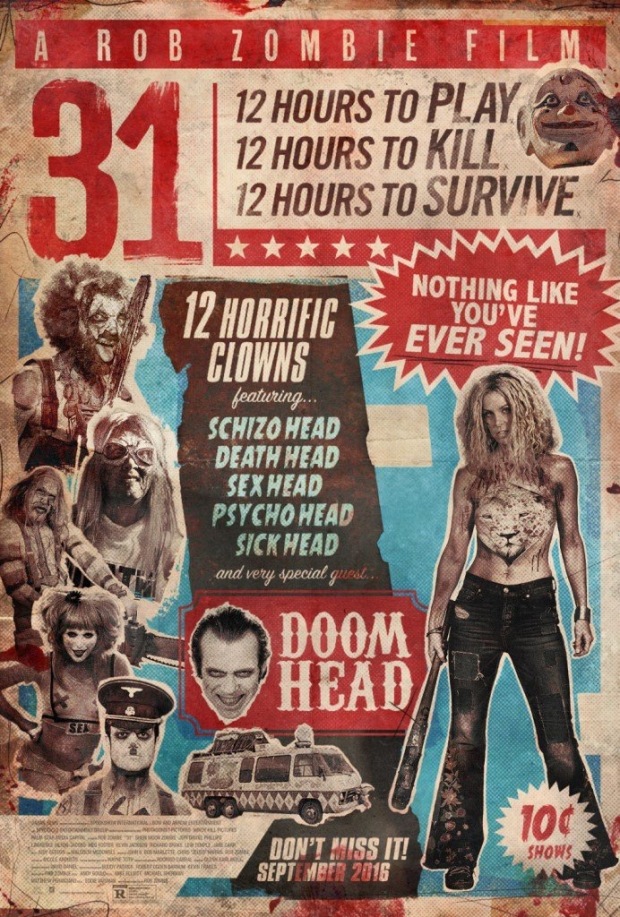 So you are keen to see Rob’s latest film 31, right? Of course you are! Who doesn’t want to see the latest film from the guys who gave us the awesome House of 1000 Corpses and The Lords of Salem?

Well,  Monster Pictures in Australia have some great news for us! We are going to get to see this film in cinema on the 31st October!

Why is that date so special?

This is what the official word is from Monster Pictures themselves:

“Rob Zombie, the genius creator of HOUSE OF 1000 CORPSES, DEVILS REJECTS and the HALLOWEEN reboots, returns to his grindhouse roots with a warts and all gore-fest that will have Halloween audiences across Australia praying for the salvation of their damned souls!

Set on Halloween morning in 1976, the movie tells the tale of five carnival workers who are kidnapped and forced to partake in a blood-crazed game called 31. The mission is to survive 12 hours against a gang of homicidal maniacs dressed as circus clowns – throw in a Nazi midget, murderous hillbillies, buckets of crimson gore and you have a Halloween spectacular from the deepest, nastiest recesses of the Rob Zombie’s depraved imagination!

Monster Pictures will release the film with a series of special event screenings around the country on October 31st ‘Halloween night’ at selected venues in Melbourne, Sydney, Brisbane, Canberra and Perth with more cities to be announced. These screenings will feature exclusive prerecorded intro’s and Q&A’s from cast and crew including the man himself, Rob Zombie.

You had me at Nazi Midget!

The locations for this event are as follows, again, from Monster Pictures:

For ticketing requests along with any information regarding the screenings, please contact: info@monsterpictures.com.au.

Need more info, why not try the Monster Pictures website, and also, don’t forget to check out Monsterfest as well!

What are you waiting for? Get on it! 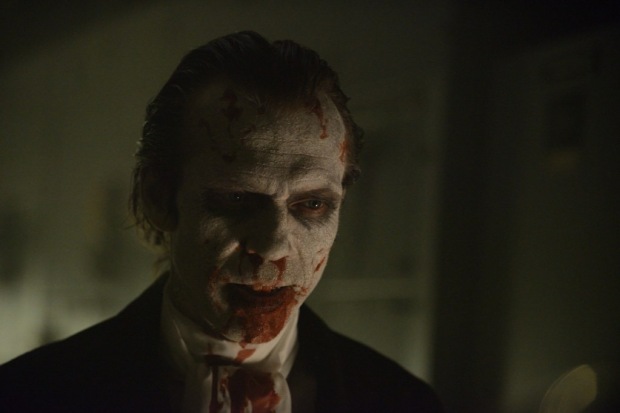